Understandably, this is a question only asked by those who enjoy smoking a cigar once in a while.

To answer that question and understand how doing so affects your cigar, you first have to know what an arc lighter is. What Is an Arc Lighter?

Otherwise known as plasma lighters, an arc lighter is one type of lighter that produces electrical current instead of flames.

The heat from the high-voltage current is often more intense than traditional lighters.

As such, you can use it to ignite a concentrated area of the material you’re trying to light.

There are two major types of arc lighters: the single and the double arc.

They are, in principle, the same. The only difference is the number of arcs where the current passes through.

Why Use an Arc Lighter When Lighting a Cigar?

When it comes to lighting a cigar, the butane lighter is almost always the preferred choice.

That said, is it solely because of preserving the tradition? Are there advantages to using arc lighters compared to butanes?

Here are some areas where using arc lighters is more advantageous:

Let’s not kid ourselves. If you’ve ever seen an arc lighter before, then you know just how cool it looks.

Using this sort of technology will certainly catch the attention of other people. Plus, owning such a unique lighter gives you bragging rights or a conversation starter.

There’s no denying that it enhances the visual appeal of your collection, especially when you pair it with the best cigar humidor.

Because they use electrical currents, arc lighters are windproof.

Therefore, wherever you are or whatever appliances are near you, you can guarantee that you can light just about anything.

On the other hand, butane lighters might require some effort.

Even though they produce strong flames, those are still flames, which means a strong gust of wind could easily blow them out.

For this reason, owning one means you don’t have to store dangerous lighter fluid at home or buy a new butane lighter frequently.

All you have to do is to plug the arc lighter into an electrical socket, wait for it to recharge fully, and you’re good to go. 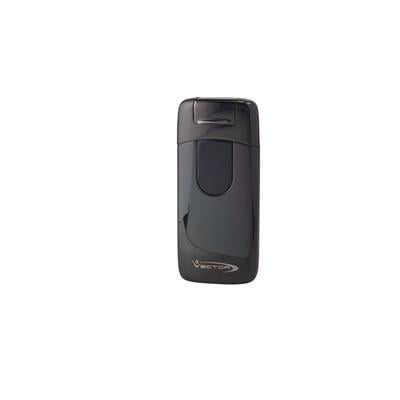 Can You Light a Cigar with an Arc Lighter?

Since it produces heat, which is the basic requirement of lighting a cigar, it is possible to light a cigar using an arc lighter.

However, you need to keep a couple of things in mind before doing so. Here are some possible downsides of lighting your cigar with an arc lighter:

The first major disadvantage of using an arc lighter to light your cigar is its small arc.

It might be fine for cigarettes, but since some cigars are half to 2/3 of an inch thick, you might encounter some difficulties.

Of course, it almost always depends on the arc lighter you’re using.

If you find one that covers the entire width of the cigar, then you can probably achieve better results.

A butane lighter creates flames that can cover the entire width of a cigar.

On the other hand, an arc lighter only has one or two very small arcs to ignite a piece of material.

Because of this, the quality of the burn will not be as good as you want it to be.

In some cases, using an arc lighter might only burn the edges of the wrapper instead of the entire filler.

Even if you manage to light the filler, you will probably end up lighting just a few chunks of it, creating an “X” mark on the head of the cigar.

Some people try to correct this by rolling the end of the cigar around the arc to light the filler properly.

However, this means it will take a much longer time. This could result in an uneven burn on the filler, reducing the quality of your cigar.

With this in mind, it’s almost always better to use Zippo-style butane lighters to light up your cigar.

Lastly, a lot of arc lighters are equipped with various safety features.

One of these features is that they could only stay lit for five to seven seconds before turning off on their own.

This prevents accidents if you put too much pressure on the button while it’s in your pockets. Additionally, it also prevents the arc lighter from overheating.

One drawback to this feature is that it might not allow you to light a cigar properly.

You might have to turn it on quite a number of times before you could get a close to decent burn on your cigar.

What Lighters to Use to Light Your Cigar

If you’re looking for the best cigar lighter, we’re here for you. Instead of using an arc lighter, here are better options you may want to consider:

A torch lighter is a subcategory of butane lighters.

Instead of a wick that continuously burns and creates a somewhat controlled flame, torch lighters are more concentrated.

In a nutshell, it forces the fuel out of the nozzle, creating a controlled, strong, and intense jet-type blue flame.

This allows you to aim the flame to the head of the cigar and burn the filler efficiently in a few seconds. 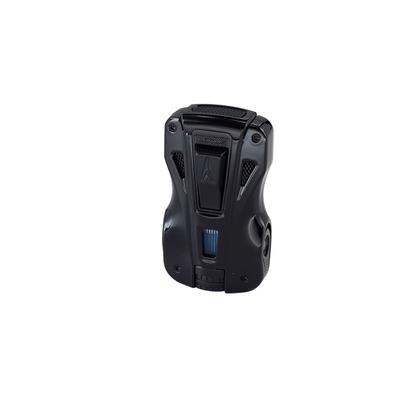 Get Now on Famous Smoke Shop

If you want to go electric, we suggest going for coil lighters. Instead of an arc, this lighter ignites your cigar through a heated coil.

You get pretty much all the advantages of an arc lighter but with the benefit of distributing the heat evenly to the cigar.

The problem is that most of these types of lighters have tiny coils.

So, look for one made specifically for cigars or those with a ring gauge of at least one inch.

If you can’t find a good enough lighter for your cigar, perhaps wooden matches will do the trick.

The only downside to using matches is that they might find it difficult to light up a cigar in a windy area.

Additionally, there are times when the stick gets burnt up before you can even light your cigar.

In that case, you can also go for permanent matches. These include a spark stick where the wick is located, and they continuously burn until you extinguish the flame.

Using an Arc Lighter For Cigars

So, can you light a cigar with an arc lighter? Yes, you can, but you probably wouldn’t want to.

After all, there are a lot of better alternatives that can light your cigar more efficiently.

We’re not going to deny the fact that an arc lighter is a cool thing to own, though it might not be the best pick for your cigars.