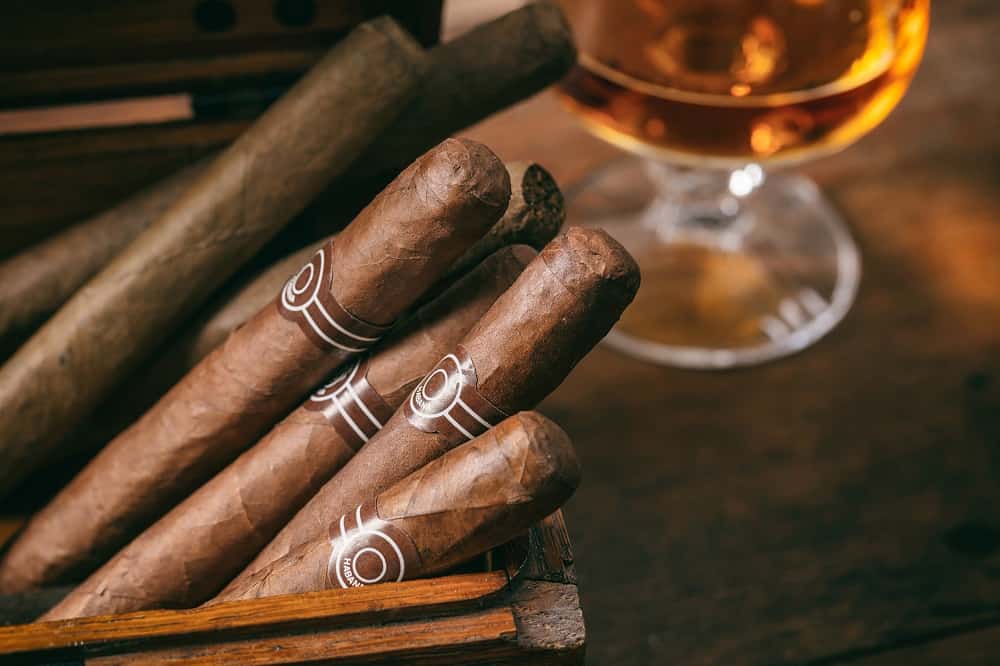 While cigar cutters are a man’s best friend when it comes to producing the cleanest cigar cuts, there are plenty of occasions when you’ll be handed a cigar and not have your cutter with you. So, what do you do?

Do you try to bite the cigar’s cap off or do you try to slice it with a pocket knife someone gave you? Well, technically, yes – those are all viable options if there is no other choice left. In fact, I have a few more methods prepared for you in case you’re ever in this type of emergency.

If you’re looking for a special tool to cut your cigars, I recommend checking out my guide on some of the best cigar cutters on today’s market! Before we dive into the methods that we will discuss, let’s answer the most important question here…

Do you actually Need to cut the cigar?

While there are some rare cigars that don’t come with a cap, the vast majority of premium cigars out there are capped and you will have to provide an entrance (or an exit depending on how you look at it) for the air. That allows you to “draw” on the cigar by letting the air pass through all the packed leaves inside, ultimately allowing you to taste the different flavors of each cigar.

Some of the most well-known methods of removing a cigar’s cap have been all immortalized on the big screen by famous actors. One of the most common methods is biting the cap off. Still, there are some other pretty decent options that are worth mentioning. Those are:

No matter the cigar’s size and shape, you can always cut it with something else that is as sharp as a cutter. Granted, cutters are designed to specifically cut through the cigar without ruining its form but typically any sharp blade would do a fairly decent job.

When slicing the cigar, make sure that the tip of the blade you’re using is positioned right above the line of the cigar’s cap. Cutting too deep into the cigar might ruin the packaging of the cigar and allow for leaves to become too loose. Cutting too short, on the other hand, will eventually lead to you looking like a lumberjack trying to saw a hard branch off a tree. That will also lead to your cigar having an improper draw.

Bite the cigar’s cap off 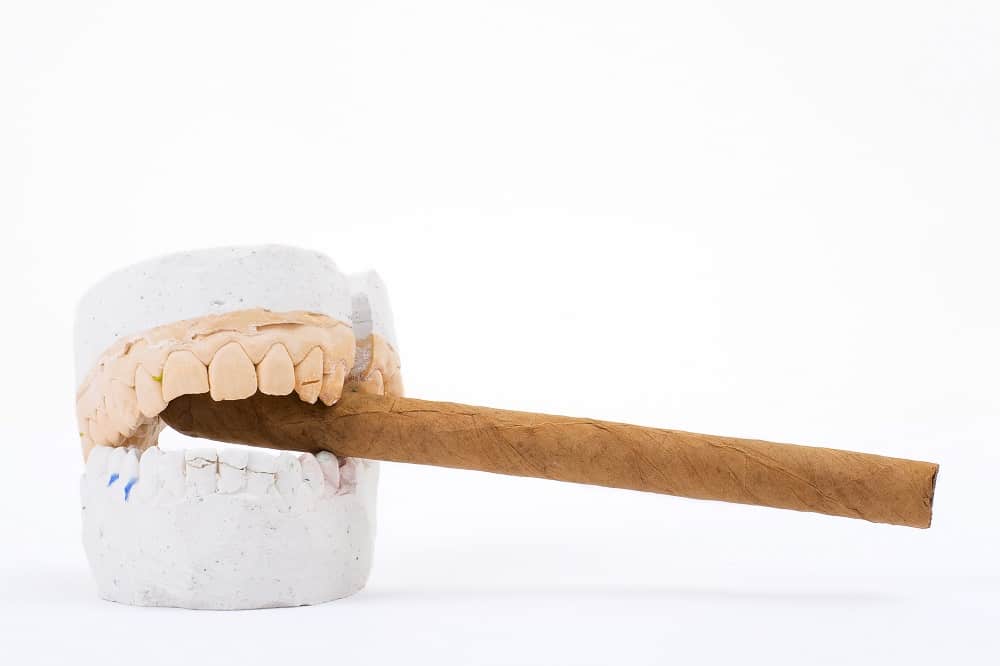 If all other methods are unavailable and you just feel too manly at that very moment, biting the head of the cigar will most definitely make you feel like you’re the bad guy in a Hollywood movie. Slowly bite down on the cap right behind its edge until you feel it separates itself from the cigar. Once you open the cap you can typically finish the job by peeling it off by hand.

Poking a hole in the cigar is one of the nicest possible ways to “cut” a cigar without a cutter since it won’t intervene with the draw and/or taste of the said cigar. Still, it also requires a sharp and pointy tool that will be good enough to make a straight hole into the cigar’s cap. Some common items that will help with that task, although not perfectly, are toothpicks, paperclips, a screwdriver, or even a golf tee if you’re stranded on the golf course without a cutter. Click here to learn about the best golf cigar holders and clips.

The main goal of poking a hole with an improvised punch is to create an opening in the cap without cracking the cigar’s wrapper or unravel the end of the cigar. Before lighting up the cigar, make sure you do a dry run and see if you can draw air through it in an even manner. If you feel the air passing through the cigar evenly, then it is time to light it up.

Using your thumbnail as a cutter

Following the same steps from the slicing/cutting tip, using your thumbnail as a cigar cutter is pretty straight-forward, that is if you have the “chops” for it. Start by using your nail as a shart tool to loosen up the cap all around its circumference. Then, once the cap is loosened up, peel the rest of it off slowly by continuing to use the nail as a splitter tool.

Using normal scissors is by far my least recommended method as it has the biggest potential to ruin the cigar. Still, if you are really unsure about all of the previous methods, carefully try to remove the cigar’s cap with a sharp pair of scissors. If the scissors aren’t sharp enough you really risk completely ruining the cigar, so if you don’t have the right scissors, I suggest sticking to using your thumbnail or any other sharp knife.

If you’re new to cigars, I also recommend checking out my detailed articles on how to ash a cigar and how to hold one, as those are essential parts of your new hobby! Now, let’s answer some common questions when it comes to improvising the cigar cutting process…

Can you smoke a cigar without cutting it?

Technically, yes but you still need to remember that all the hand-rolled cigars will have a cap on them to ensure that they don’t dry out as time goes by. Another way you can ensure them staying fresh is by putting them in a good cigar humidor which will keep the air around them as close to optimal as possible.

Is a cigar punch better than a cutter?

The cigar cutter slices through the whole body of the cigar, creating an opening that allows for the smoke to move freely through the cigar. A punch, on the other hand, will create only a small hole that won’t always be enough for the cigar to live up to its full potential.

Do you hold a cigar with your teeth?

Teeth should only be used to stabilize the cigar, not hold it. Holding down too firmly with them can result in them cracking the wrapper leaf and ruining the cigar.

Learning how to cut a cigar without a cutter isn’t necessarily a skill that you will use in your smoking hobby but rather an emergency scenario in which you need to know how to react accordingly. Even if most of my preferred methods are proven in time, I always suggest carrying your cigar cutter with you when you are going to the golf club, on vacation, the bar or anywhere else.