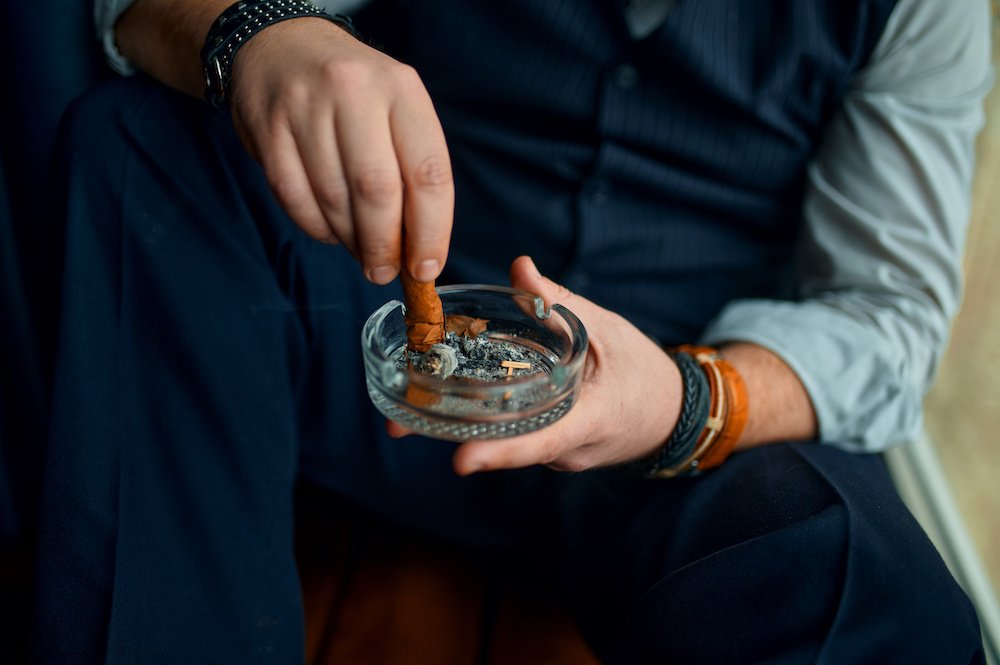 Smoking a cigar is a hobby that only a few can enjoy. That said, these select few swear by the relaxation that it brings.

The problem is that there will be instances when you need to cut the moment short.

As precious as these cigars are, you wouldn’t want to ruin their quality by stubbing a half-smoked piece onto the ashtray.

Here’s what you need to know when learning how to put out a half smoked cigar.

How To Put Out a Half Smoked Cigar

When putting out a cigar halfway through smoking it, you need to preserve its quality as much as possible.

This way, you can relight it later and enjoy the same aroma and flavors. Here’s how you can do that:

As mentioned earlier, do not extinguish it by pressing the lit end onto the ashtray.

Doing this can cause the tobacco to clump together, making it harder to relight in the future.

Additionally, it can also cause some of the fillers to fall out of the cigar. Instead, you can just leave it and let it die.

After about a minute or two, you’d notice that the lit end is extinguished, which is what happens when you don’t puff the cigar.

No air goes through the cigar, causing the lit filler to die on its own.

After making sure that the fillers have stopped burning, you have to cut the cigar. Use your cigar cutter and cut it about half an inch from the ash line.

This step guarantees that you get to save as much of the cigar as possible while ensuring the quality remains the same.

How To Properly Store a Half Smoked Cigar

We assume that you’re trying to learn how to properly put out a half-smoked cigar because you want to smoke it again some other time.

Here’s what you can do and what you shouldn’t do.

Put It in a Sealed Bag

First, you want to grab a Ziplock bag and put the cigar inside to ensure it’s safe from moisture and air.

It also guarantees that the only thing affecting its environment is itself, which means it’s like inside its own humidor.

Place It in An Airtight Container

If you want to protect the cigar from the elements, you can place it inside an airtight container.

Any other type of container, as long as it’s sealed shut and not stored with any other item, will help preserve the quality of the cigar.

Don’t Put It Back to Your Humidor

If the point is to preserve its quality, why not just place it back inside the humidor where the other cigars can infuse it with their aromas?

To put it simply, that’s because the opposite will happen.

If you put it back in your humidor, whether it be wooden or acrylic, the half-smoked cigar will contaminate your other cigars.

As a result, your other cigars will taste burnt or charred.

How so? That’s because even if you only smoked half of it, the remaining filler is already in its pre-burnt state from the heat of the smoke. 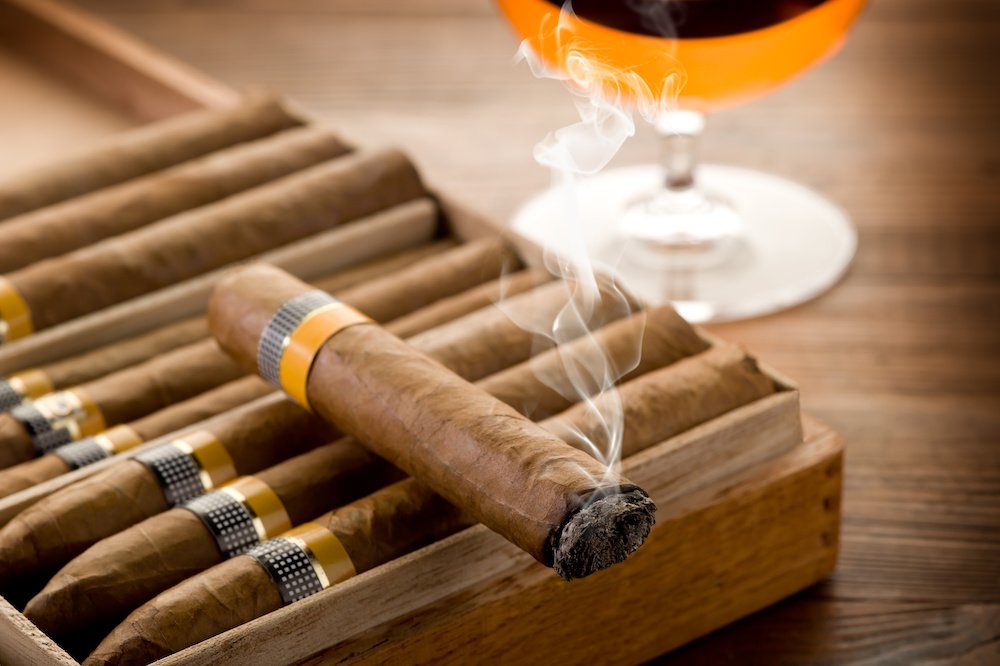 How Do You Know When to Put Out a Cigar

Some cigar smokers say you should smoke the cigar all the way down to the nub. Others will argue that doing so is actually rude.

So, when is the right time to put out a cigar?

You can smoke your cigar until you’ve enjoyed every last bit. This means that if you are near the nub but you’re still enjoying it, just keep going.

On the other hand, if you’re in a social gathering and you are unsure of what you’re doing, here’s what you need to do.

Many cigar enthusiasts argue that cigars should be put out when there are two to four inches left on them.

When You Need a Break

If you’ve smoked a cigar once or twice before, you’d know that some brands tend to intensify their flavors the closer you get to the nub.

Sometimes, the cigar can get too strong that you may want to put it down for a bit and take a break. And that’s totally fine.

As mentioned, it will eventually die on its own after a minute or so.

That said, make sure you don’t leave it out in the open for more than half an hour. If you’d be gone for a while, store it properly beforehand.

How To Relight a Half-Smoked Cigar

Any half-smoked cigar, no matter how carefully you store it, will have a different taste than when you first smoked the other half.

Again, that’s because of the pre-burnt fillers.

And if you still intend to smoke it, make sure you do so in the next 24 to 48 hours. Otherwise, it just wouldn’t be worth it.

Instead of feeling relaxed, the charred taste can actually make the experience so much worse.

If you do intend to relight it, here’s what you need to do.

Use a Torch To Relight It

Before we talk about relighting a one-day-old half-smoked cigar, let’s quickly tackle the issue of a cigar that naturally died because of lack of airflow.

You can simply relight it with your lighter. Just place the cigar near the flame again, and it will light on its own.

If you don’t want it to die on its own, an interval of 30 seconds to one minute between every puff should keep it lit.

When it comes to cigars that you stored for a day or two, you shouldn’t just relight them the same way you light a fresh cigar.

Otherwise, you will inhale the bitterness of all the pre-burnt tobacco, including the oil and tar that have accumulated over time.

You need to purge all of these out first before smoking your cigar.

To do this, grab your lighter and light the end of the cigar where you cut it. Instead of inhaling, blow through the cigar to remove all the bad elements.

You may need to repeat this process three to four times to guarantee that no bitterness is left on the cigar.

After that, you can proceed with lighting the end and drawing on the cigar.

If the taste isn’t enjoyable anymore, it’s best to just grab a fresher one from your humidor.

Putting Out a Half-Smoked Cigar

There’s a lot of craftsmanship that went into creating your cigar, especially those that are hand-rolled. As such, you must enjoy as much of it as possible.

Then again, we understand that there are instances when you need to attend to some other important things.

This reason is why it is a good thing to know not only how to put out a half smoked cigar but also how to store it properly.

Keep these things in mind, and make sure you know how to enjoy a half smoked cigar so that none of it goes to waste.