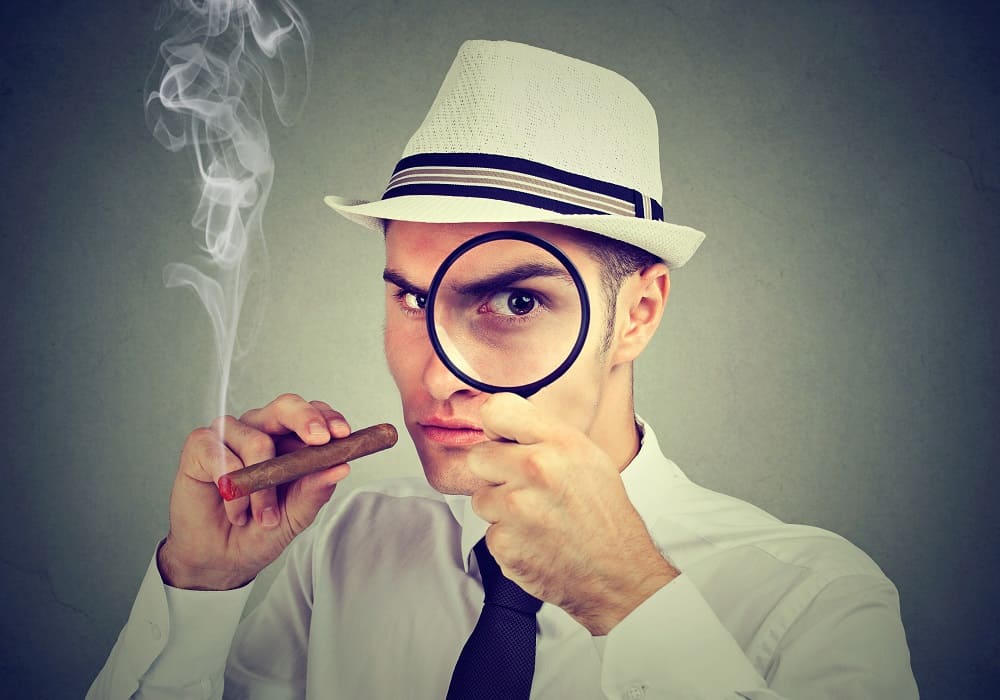 During the entirety of cigar history, cigars have been counterfeited and sold for more than their worth. This was done to fool beginner smokers with premium brands at a bargain price. The reality was (and still is) that there are cigars made from worse and cheaper tobacco leaves that are visibly indistinguishable from more expensive options out there.

So, how to spot a fake Cuban cigar, and which are the key aspects we need to look at in order to determine the legitimacy of a certain box of cigars? In this article, we will look at all of the things you can do to determine whether a cigar is real or not.

If you want to learn more about Cuban cigar history and check out some of the finest Cuban cigars you can get today, visit my full Guide on that topic! Now, let’s sum up the aspects that we are going to discuss here:

The very first thing you see when buying cigars is their box. There are more than a handful of things you need to look for in a cigar box. One of the most important and obvious ones is the Habanos seal. With real Habanos cigars, that seal is located in the top right corner of the box. From 2010 onward, on the right of the boxes, there is also a hologram sign that says “Hecho en Cuba” or “made in Cuba”.

We will mention the materials of the box later on but as a rule of thumb avoid glass or plastic boxes. The backside of the box should also have a few things engraved (or stamped) into the wood. Original boxes have “Hecho en Cuba”, “Totalmente a mano”, and “Habanos S.A.” on their bottom part. Spelling errors are one of the surest ways to recognize a fake box. Fake fonts are also a clear tell-tale sign for a fake box but are a bit harder to spot.

The Cuño stamp is located below everything else stamped on the bottom of the box. It features two codes that are linked to the cigar’s production date. If you can spot and verify a wrong Cuño code, you will for sure know the box is counterfeit.

Each cigar has a band of its own. Distinguishing the real bands from the fake ones is one of the hardest things to do. Unfortunately, you will have to know your favorite brand’s bands by heart in order to spot the differences in a fake band. Different color shades and different fonts on the band are the most common techniques used in counterfeit Cuban cigars. Misspelling and missing words, logos, or letters are also a clear sign for a fake cigar.

To add to all that, real Cuban cigars will have their bands embossed. This means that there will be a textured contour on the band itself. This is a sign of a more expensive and crafty process that fake companies simply don’t go through. A flat band is almost surely a sign for a fake Cuban.

When it comes to the cigars in the box, there are a few things you can pay attention to. First and foremost, look at the cigars as a whole. Are they symmetrically placed inside? Are they relatively the same size and shape? Original Habanos will have a certain uniformity and tidiness about them. Counterfeit Cuban cigars will be random in their shapes, sizes, and overall symmetry.

On that note, the colors of all the cigars in the box must match as well. Fake Cuban cigars often come in different hues of brown and that’s easily spottable once you take a peek in the box.

Another way to tell a real from a fake Cuban cigar is by looking at the cigar’s head. Real ones will have the so-called three-seam cap which is mounted on top and has superb symmetry about it. It is also hard and angular, while fake ones will have rounded heads or heads that are sloppily put together. And while mounted cigars aren’t guaranteed to be real, fake ones will never have a mounted head.

If you have the option to touch and even taste the cigar, you will have so much more to work with when assessing its validity. Real Cubans will have a firm body that will have a certain degree of flexing but will stay straight and somewhat hard. Counterfeit cigars will be softer and way more flexible, with a feel of an uneven internal structure.

After you’re done inspecting the cigar by touching it, ask if you can smoke one. People selling such cigars will often give you a taste of what they’re selling. Unfortunately, the only way of telling if the cigar you’re smoking is real or not is if you’ve smoked that particular blend before.

How a real Cuban ashes 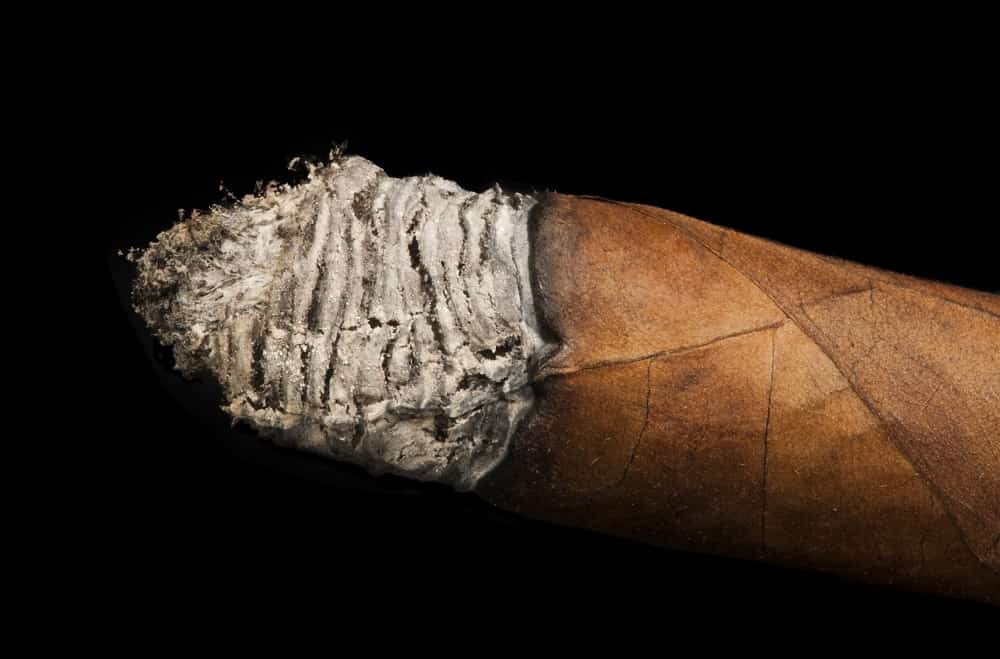 This here is a more advanced way of telling a real Cuban from a fake. Cuban cigars will burn slowly with a grey(ish) ash. When burned, the ash will look like a mix of salt and pepper which is a common term used when spotting fakes on the market. Tobacco leaves that aren’t grown in Cuba tend to have whiter or brighter colors. That being said, if your cigar burns with bright and white ash, it almost surely isn’t produced in Cuba.

While this will definitely expose a fake Cuban, it is by no means a measurement of the cigar’s overall quality. In fact, most of these steps here aren’t meant to determine whether a cigar is good or bad but whether it is a real Cuban one or not. The reality of the situation is that most fake cigars out there will actually be decent, some even great!

Limited edition (or “Edicion Limitadas”) cigars are a common sight in the cigar world. In fact, when it comes to Cuban cigars, the special edition ones are the most heavily faked out there. Typically, there are three cigar brands that are being sold under the “limited” brand. For each year, these brands are different. This is why, for instance, if someone offers you a box of limited edition Cohibas from 2016, you will know for sure that these are fake, as Cohibas weren’t part of the limited edition in that year. This basic principle is good enough to sort out the fakes from real Edicion Limitadas but you can further dive into the details of each year’s picks and their characteristics (box, cigars, packaging, etc).

You can check cigar aficionado’s page on the Edicion Limitada cigars where you can find all the information you need on limited editions from different years.

Cigars that are wrapped in two contrasting wrappers, otherwise known as “barber pole” cigars are intriguing but sadly fake. While they look mesmerizing and will always be a cool thing to bring out of your cigar humidor, there are currently no real Cuban cigars that use this wrapping style. Cohibas that are wrapped with two different cigar wrappers are most definitely fake and are, in fact, some of the most common fakes out there.

Even though we already discussed the boxes that cigars come in, it is important to mention one more tell-tale sign for counterfeit Cuban cigars. Whenever you see a glass box, that is usually a clear sign that the box (as well as the cigars) aren’t original. True Cuban cigars come in sealed boxes that have wooden lids with no holes nor glass parts on them.

What to do to avoid counterfeit cigars

There are a few tested methods that will ensure you get your money’s worth when shopping for a new box of cigars. Those are:

As a whole, buying your cigars from a local retailer is one of the safest ways to make sure you will never be getting fake cigars. While the prices there will be higher on average, you know you will be getting the original unopened box sets of different cigars brands.

Make sure you research your favorite brand and see what their bands, stamps, and boxes look like. This will help you easily determine whether you are buying the real thing later on or not. Additionally, most brands have a certain amount of cigars in their boxes (such as 10,15, etc). Seeing that the box you’re buying has an odd number that doesn’t match the official one of the brand is a sure sign that you’re buying the fake thing.

Lastly, while cheaper prices might be tempting, avoid shopping at huge discounts or from sources that promise to be selling genuine cigars at a bargain price because “they have a cousin working in the factory”.

What are fake Cuban cigars made of?

Just like fake wine is still made out of fermented grapes, fake Cuban cigars are still made out of tobacco. Whether the tobacco leaves have been grown in the specific region in Cuba, now that’s questionable. Grown there or not, these cigars follow the same basic principle of cigar making and can sometimes have decent filler and cigar wrapper.

It may sound surprising but there is a good chunk of fake Cuban cigars that are… actual Cuban cigars. While some made their way to you via the back door of the factory and others are just cheaper cigars with fake Cohiba band, the reality is that most of those might taste good. So, as a whole, if the price is right, even a fake Cuban can be worth the try, as there are little to no risks in smoking one.

What percentage of all Cuban cigars are fake?

To learn more about traveling with cigars in your luggage, click here!

In summary, learning how to spot a fake Cuban cigar depends a lot on your observation skills. First and foremost, look at the box that the cigars come in. If there are any signs such as a glass top or an odd number of cigars inside, it almost surely is fake. The cigars themselves have a lot of signs all around them that might point in the right direction too. Look at the cap, the cigar’s body, its wrapper leaf, and the overall size and shape of all the cigars in the box.