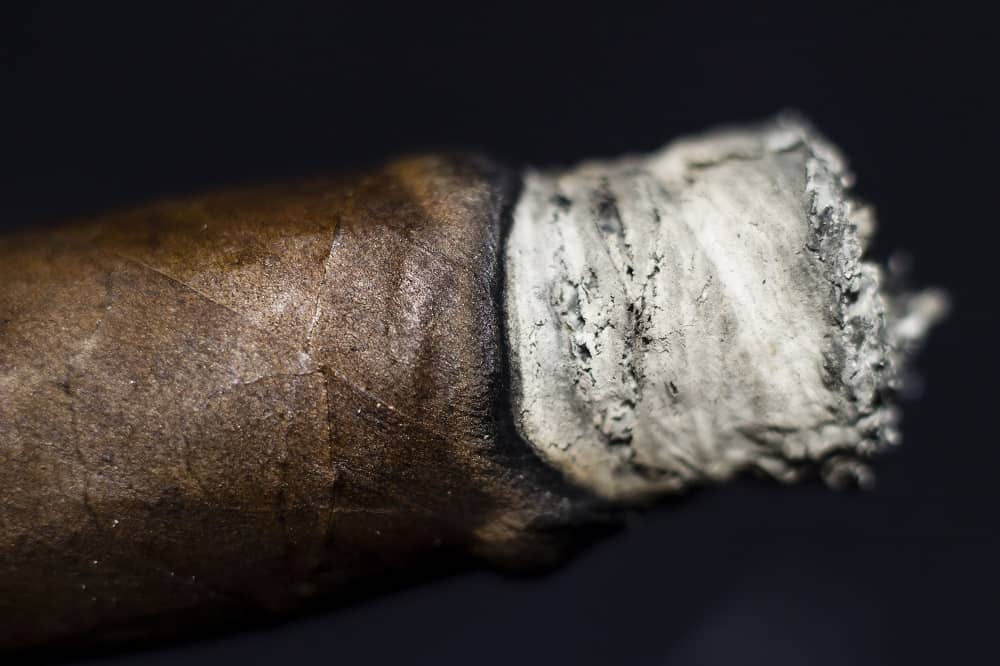 Smoking a cigar is something many people prefer to enjoy on their off days, golf trips, and other occasions. However, improper cigar storage conditions, long periods without smoking them, and other factors can greatly impact a cigar’s quality and might even be responsible for ruining it.

So, how to distinguish good from bad cigars in terms of their freshness, and what are the main ways to tell a cigar has gone bad? In this article, I will try to walk you through my methods and show you what to look for when inspecting your cigars.

In order to prevent your cigars from going bad, I suggest getting a good cigar humidor. Click here to read my guide on some of the best models for this year!

In summary, my top 5 methods of checking if a cigar has gone bad are:

Now, let’s check each of those methods in greater detail and learn how to properly perform it on any cigar…

Mold is one of the main signs that a cigar (or cigars) has gone bad. It happens when the environment around the cigar is too humid which facilitates the growth of the said mold. It is white in color, often with hints of blue, and leaves a stain on the cigar upon removal. This is an important characteristic as bloom (or plume) doesn’t leave any stains on your cigar when removed. Plume is also often just a sign of a cigar aging and is sometimes a welcomed thing to see.

Plume and mold are often mistaken for one another. I’ve dedicated a whole separate article on the topic to make things even clearer for you. Click here to read it!

While too much humidity can cause the cigar to absorb much of it and develop mold or just become saggy, too little of the same thing can cause a cigar to become excessively dry. This is very bad for a cigar as it causes it to lose all of the oils in the wrapper and filler. When these oils are lost, so is the actual flavor of the cigar. You will still be able to smoke it but it will burn much hotter and faster and will also taste nothing like it was originally intended to. The fastest and easiest way to check if a cigar is too dry is to rub it between your fingers. Dry cigars usually break down easily and create a crunchy noise.

An inexpensive idea to help keep your sticks from drying out is making a humidor at home.  Click here to see our excellent, low cost DIY humidor article!

Another sure way to tell a cigar has gone bad is by tasting it. Whether you light it or not, such a cigar will taste bad compared to other cigars of its kind in the humidor. When not lit, most cigars have earthy notes to them and you can start feeling the taste before you even light it. However, bad cigars will give you dirt or a sand-like taste in the mouth.

Feeling the cigar out

Feeling the cigar will give you an idea of whether it is too moist, too dry, or just not in its best condition. Normally, your cigar should be firm but with a slight flex to it shouldn’t make any sounds when you press it in. Too moist, and a cigar will feel soggy in your hands. Too dry, and it will crunch when you squeeze it and will crackle when you light it.

Every single cigar out there has a scent of its own. Most cigar aficionados can recognize their favorite cigars in a blind smell test. Similarly, every cigar smoker can tell that a cigar has gone bad if there is a scent of rotten or even the specific scent of mold that we all know. These stale scents are a sure indicator that you shouldn’t further try your luck and light the cigar as that experience will be equally unpleasant.

One other way to test a cigar’s status is by simply lighting it. Cigars that weren’t stored in the right humidity will be dry and will, therefore, crackle when lit. Moreover, they will burn much quicker, drier, and hotter than fresher and healthier cigars.

How to tell if a cigar is fresh?

As with the previous smell test to determine whether the cigar has gone bad, this test will do the opposite. Good cigars should have their natural scents all around them. Just like their smoke, most cigars have a pungent and aromatic scent to them, often mixed with hints from the soil that the wrapper was grown into.

Fresh cigars have a pleasant and balanced taste when you put them in your mouth. Most premium cigars will even have an earthy hint to them before you even light the cigar. Fruity and floral notes aren’t excluded either but if the cigar has a sour taste or just tastes bad to you, then chances are it is has gone bad. Other tastes you should avoid are metallic, soil, and/or dirt. As a rule of thumb, every cigar will for sure taste worse when you light it, so do yourself a favor and throw away any one cigar that tastes bad before you even start smoking it.

The pinch test is one of the easiest and quickest ways to determine whether a cigar is truly fresh or not. It can be done with any cigar and is quite universal. You do it by holding the cigar between your thumb and index finger and slightly squeezing it. If it is firm but bouncy, then it is quite fresh. On the other hand, if it feels stiff, dry, and has little to no flex to it, then it isn’t fresh. Another thing you should avoid with cigars is for them to feel soft. This often indicates that the cigar has accumulated too much moisture due to improper storing conditions.

If you want to learn how long do cigars last, make sure you read my article on the topic!

How long does it take for cigars to go bad?

The specific mold that grows on cigars has a greenish or blue tint to it. Like most other molds, it has a moss-like structure and has a musty odor to it. With mold, the key is catching any cigar that starts to develop it before it spreads to the rest around it. If a cigar has mold, throw it away. By the time you see the blue mossy stuff on your cigars, it is already too late for it to be saved anyway.

Should you take cigars out of the plastic in a humidor?

The cellophane wrap of a cigar serves a protective role during transportation and delivery. Once you start arranging them in your humidor, I strongly advise on removing that wrap, as it can reduce the good effects of the humidor for your cigars.

In conclusion, some of the best ways to tell if a cigar has gone bad are associated with testing its dryness and inspecting its taste and scent. Dry and hard cigars are usually bad and can be re-humidified but won’t taste as good as they originally did. Moldy cigars need no further inspection and should be thrown out of your humidor before the mold spreads to other cigars. Look for cigars that have a little bit of bounce and flex to them and are firm to the touch.