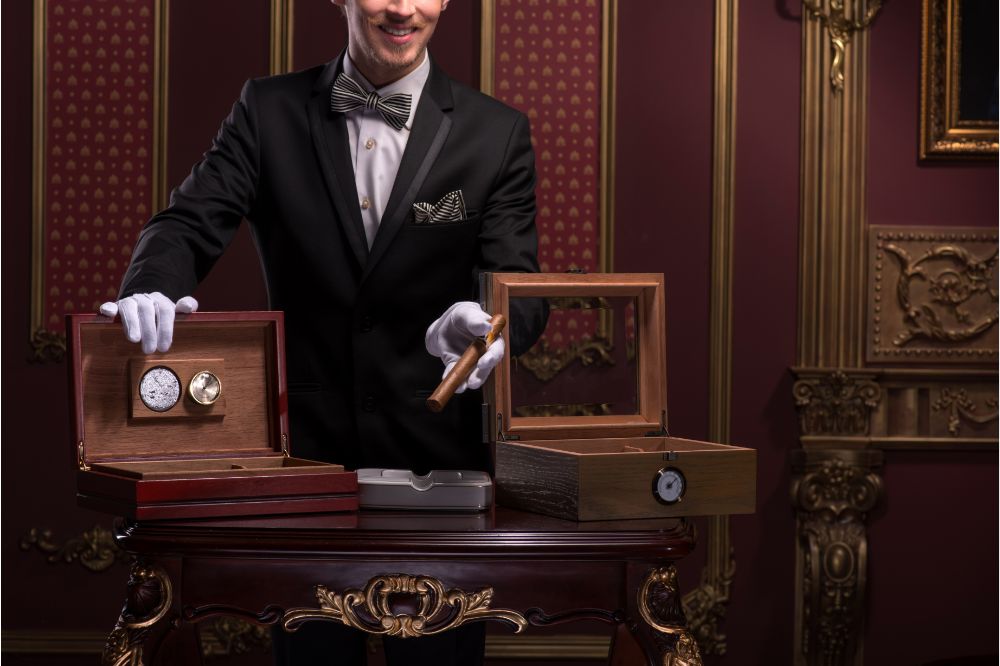 With the rich culture surrounding cigars, you’re probably wondering why some have hefty price tags.

Cigar lovers will tell you of the special experience they get from each exquisite cigar they cross out from their bucket list.

If you just developed a taste in smokes, you’re most certainly interested in the colorful history of cigars.

Find these out and more here.

What Is the Most Expensive Cigar?

The one that tops all lists you can come across is the limited edition Gurkha Royal Courtesan Cigar.

To date, no single cigarette stick can match the cost of a single Royal Courtesan.

Where Does It Come From?

While Gurkha Cigars has its headquarters in Tamarac, Florida, Royal Courtesan Cigars begin with rare Himalayan tobacco filtered only with Fiji water.

Only select and experienced cigar makers from the Dominican republic assemble each stick to perfection.

The company requires each master roller to wear a blindfold during the process to avoid distractions.

What Makes It so Expensive?

Aside from the rare filler, exceptional filtration, and unique assembly process, the Gurkha Royal Courtesan Cigar has more features that make it so expensive.

First, it uses a gold leaf wrapper to hold the Himalayan tobacco filler together.

These alternative wrappers are made of 24K gold leaves that jack the price up.

Finally, artisans embellish each cigar band with five carats worth of diamonds.

While the Royal Courtesan may be an absurdly priced hand-rolled cigar, it is not alone in the expensive lists of special edition and limited-release cigars.

If you think one million dollars is too much, you might also want to walk away from Mayan Sicars.

They may not be commercially available, as each is an amazing cigar unearthed from the long-lost Mayan civilization of the 12th century.

Fortunately for cigar aficionados, these cigars have been well-preserved in their slumber.

Although the exact composition of these 600-year-old hand-rolled cigars is unknown, each stick has sold at auction for $507,000.

Like the Gurkha Royal Courtesan Cigar, the Gran Habano No. 5 had the sole purpose of setting a record.

It is the world’s biggest cigar ever created, measuring three feet wide and 18 feet long.

The makers did not intend to sell the item; instead, it was only a display material for cigar trade shows and exhibits.

It weighs 1600 pounds, and it contains the same amount of filler as 25,000 regular-sized cigars.

However, a private collector bought this novelty stogie several years ago for $185,000.

One stick of the limited edition Regius Doble Corona costs around $52,000.

While the cost makes it the fourth most expensive, this awesome cigar comes with a once-in-a-lifetime experience.

Each purchase entitles you to fly first class to the company’s Britain-based headquarters so you can take home 1000 flavored cigars of your own blend.

Since you get to create something original, $52 a stick is not bad if you can spend the entire cost.

Nevertheless, the last sale of a Doble Corona was in 2013, which means no one really wants to spend that much on a cigar excursion.

The King of Denmark cigar is probably one of the finest cigars you would think twice about spending on, as each stick costs $4500.

Given its name, it seems the makers created this cigar for royalty.

In reality, its options for customization are what lead to the hefty price tag.

Unlike other expensive cigars, each purchased King of Denmark is unique to the buyer.

If you have $4500 to spend, you can have it decorated with gold foil, Swarovski crystals, and your name embossed on the band.

Then again, why have these fancy additions if you’re going to smoke it anyway?

Like the King of Denmark, the Gurkha Black Dragon is one of the most exclusive cigars you can find on the market.

Its filler consists of aged tobacco leaves, and a pack of stogies comes in a box intricately carved from camel bone. 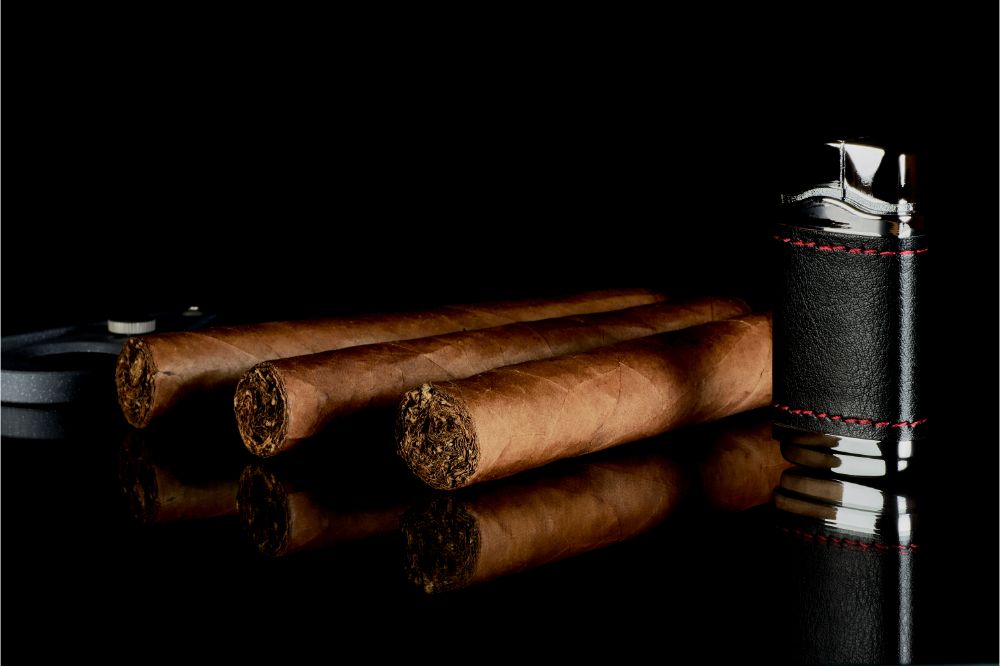 Becoming a cigar enthusiast means knowing not only the most insanely expensive cigar, but also the best-rated affordable cigars.

What is the most expensive cigar you can buy under a price range lower than a thousand bucks?

Check out these quality cigars:

Also from Gurkha Cigars, a stick of His Majesty’s Reserve (HMR) had an initial cost of $250.

Today, each stick costs $750. This amazing cigar comes in cigar boxes of 20 stogies, and it has a limited production of 20 to 30 boxes per year.

Another cigar created for special occasions and renowned by cigar connoisseurs is the Cohiba Behike.

Cohiba is one of the best-loved Cuban cigar brands, and it came up with the Behike for its 40th anniversary.

Each stick uses only the finest tobacco and costs $450.

If you are looking for something far more affordable than the Behike, you might want to sample the Cohiba Churchill and Cohiba Lonsdale Grande. The Chateau de la Fuente is a well-known cigar factory of the Arturo Fuente Cigar Company in the Dominican Republic.

The Arturo Fuente Opus X is the company’s 10th-anniversary edition cigar, and each stick carries a price tag of $300.

However, these Dominican flavor cigars only came in humidors of 100 sticks.

One stick costs $78, but these cigars only came in a limited edition humidor containing 96 pieces.

If you are looking for something much cheaper than the AnniverXario, the Arturo Fuente Cigar Company has a lot of mainstream cigars available. While the Don Arturo Fuente and Cohiba brands have special edition cigars costing over $100 a piece, Davidoff has more expensive options in their mainstream lineup.

Next to the Aniversario Double R is the Davidoff Grand Cru Toro, costing about $26.00 per stick.

Gunning for the Special Experience

If you’re looking to collect a wide range of cigars using aged tobaccos, you’ll be astonished at how expensive some unique cigars can get.

While you may find resellers of the Arturo Fuente Opus X lowering the price to $150, spending such amounts can still be impractical.

Your favorite cigar does not have to be one of these costly finds.

You can always start your collection with some mainstream cigars that only cost $50 or less a stick.

Whichever you purchase, don’t forget to pair your cigars with the odor-resistant ASH-Stay ashtray and keep them in the elegant-looking GlassTop Handcrafted Cigar Humidor.